The Razès Gîtes are based in the heart of the Pays Cathare (Cathar country). Every year, the Cathar heritage attracts hundreds and thousands of visitors who want to come and experience the châteaux that served as the last dizzying strongholds of the Cathars before they eventually succumbed to the papal crusade against them. Many individuals feel a curious sense of inner quiet and reverence when visiting some of the famous castles such as Montségur, Carcassonne, Lastours, Quéribus and Peyreperteuse.

Jo organises half-day and full-day guided tours for those who want to tune into the Cathar experience.

Walking the centuries-old Cathar trails in and around these 12th Century castles is both awe-inspiring and culturally-enriching. Richly steeped in the story of Cathar martyrdom, there are a large number of walks to choose from in and around the lands surrounding the castles themselves. A typical day trip on a Cathar walk can take you on winding trails ranging from 5 - 20 km, often culminating in the ascent up the steep hillsides and into the castle itself. Both guided and self-guided options are available. 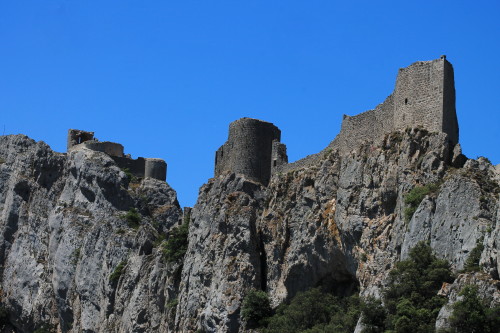 Today much of the Languedoc is still called Cathar country. Many of the hilltop Cathar castles remain, some withstanding the elements for over 800 years amazingly well, while others are closer to ruin. 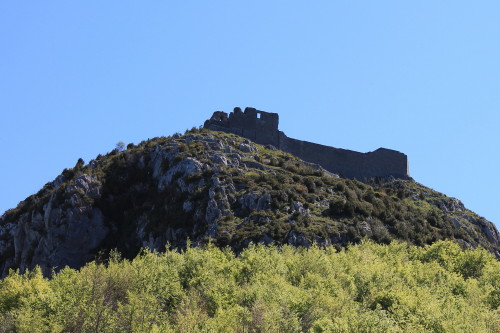 The last fortified stronghold of the Cathars, 200 of whom willingly flung themselves on the funeral pyres rather than undergo an enforced conversion to Catholic orthodoxy. Some say the Holy Grail is still hidden in the mountain of Montségur; others say that the Grail was carried off to escape capture by the crusaders. 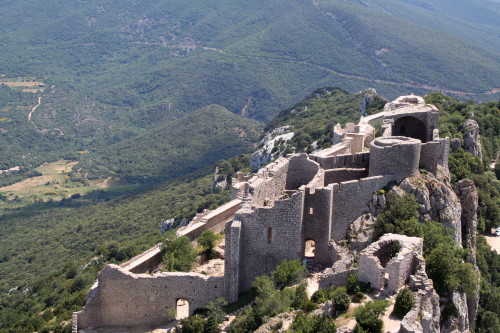 The dizzying heights inspire awe and wonder to all because of its precipitous location at the southern end of the Corbières mountain range overlooking the valleys leading off to the Mediterranean sea. Its neighbour and sister château Quéribus formed part of the escape route for the fleeing Cathars heading into the Pyrenees and onto Spain. 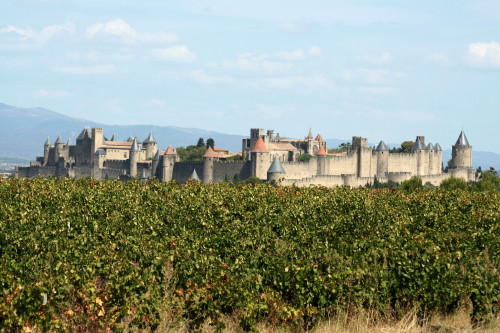 The largest fortified castle in Europe, it dominates the Jurassic era valley at the foothills of the Montagne Noire. A 3 km walk around the ramparts, Carcassonne was besieged by Charlemagne giving rise to the legend of Dame Carcas for whom the bells rang out when Charlemagne's army left Carcassonne undefeated. Also besieged by the crusaders in 1209, the Liege Lord of the defenders, Raimond Roger Trencavel, was initially given safe conduct by the crusaders but was then captured. He died soon after imprisonment in his own city walls.

Choose the Cathar Castles to suit your taste