For the past few years now, whenever I go out walking in nature, I get a very strong, almost tangible feeling that whatever I see around me is actually a reflection of what is going on somewhere deep inside me. And vice versa. Just yesterday, for instance, I was walking through some very low cloud in the early hours of the morning and, as per usual where I live, there wasn’t another soul around: just me and the natural world gently waking up together. As I plodded on alone, I became aware that my boots were noisily crunching through the gravel on the old railway path and, suddenly mindful of the noise I was making in the absence of any other, I reflexively slowed down so as to reduce the magnified impact and reverberation of my footfall in the eerily damp, tunnel-like whiteness surrounding me. There was not a soul around and yet I was conscious of making too much noise all the same. So, what was that all about? 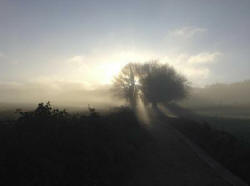 When I first tried to process the information, my initial thoughts were that the low, heavy, damp clouds were palpably muting the world around me: the birds, the insects, the usual distant man-made noises. The fog had made all worldly sounds – natural or not – virtually non-existent. There wasn’t even a flutter of leaves or breeze through the trees to disturb me. And so, my instinctual reaction was to emulate my surrounds, to quieten myself down to ‘fit in’, to become a part of the landscape I was walking through rather than some clumsy, mindless human simply ploughing through, oblivious to all and everything around.

So, I slowed my pace and, as I took the time to slow my breathing too, breathing deeper now in through my nose, pushing the clean air all the way down into my abdomen to chase out any stale air hiding there, I started to tune into the place and space around me. I continued to breathe deeply, taking that oxygen down into my diaphragm, intentionally revitalising myself as I began to move more metrically in time with the world around me. Inevitably, as I slowed down my breathing and my body, my thinking mind slowed also, and I slipped into the moment where I consciously became one with the path and the fog.

This time, when I looked down the path ahead, I started to see things in a whole new light. As I stared at the fog and saw the sunlight trying so hard to burn a hole through it now, the world started to look a little brighter and immediately everything felt lighter. And I just knew deep inside that things happening in my own life would also get clearer now. The fog was diffusing, the light changing, and the wintry branches of the leafless trees were less eerie and daunting than they had looked just a few minutes ago. I became aware then of the bird song: at first a cautious, tremulous warble, a little trepidation in the voice perhaps at being the first to sing out loud. But the voice soon took courage as others promptly followed making for joyful harmony. Was this a belated dawn chorus or simply a celebration that the light was finally breaking through, breaking things down, changing perspective, changing the world?

I stopped and listened a while to the courageous singers piping up from all around me. They seemed to take strength in the growing presence of each other and as the sunlight fought harder to break through and emphatically christen this sluggish morning, I saw the fog surrender, consigning itself to oblivion with each white wisp of evaporation, and the birds and their song grew bolder and louder all the while. 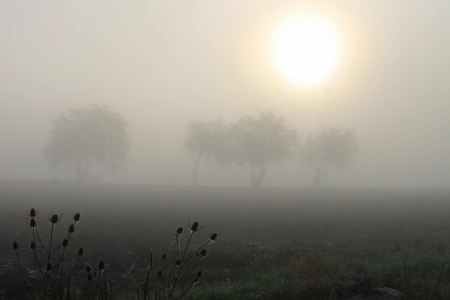 I realised then that for the past year I had been walking through my own foggy life path. The pandemic had irrevocably changed life for everyone (whether everyone knew it or not was a different matter), but I had spent the entire year wondering where to go, what to do next, and how to do it. It felt as though my soul had been spending time trying to tell me that just as the world was changing around me, it was also time to change something deep within me. I knew that I was moving on to a new life phase, a new chapter as it were, but the details had been… well… foggy. Utterly unclear for quite some time. I hadn’t been able to find any true focus, sort out any clear direction and had been feeling a little lost and therefore troubled by it.

And yet, today of all days, as I walked down this fog-shielded path, all it had taken was for the sunlight to burst through in order to remove the blinkers from my eyes, bringing instant clarity as the internal fog dissolved in my brain and – finally! – I came to see precisely what I should be doing next in the next phase of my life.

More specifically, spending more time in nature, re-connecting with her in all her elements so that, as all nature-deficit human beings, I could heal and start to look for some closure on this human condition called separation. What’s more, I knew with absolute clarity that the more time I spent re-connecting with nature, the more I would heal myself and the more I would be able to show others how to heal themselves in nature too.

It had been so obvious when I thought about it. But as with all the best things in life, timing is everything and it was only now that my life path had become better defined in my mind. It would appear that I hadn’t been able to see for the fog for quite some time. :O) 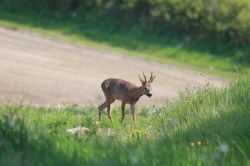 Many nature-based tribes of the world would say that when we are outdoors moving through the natural world, whatever our attention is drawn to is intentional, that it is meant to be, that there’s a specific reason for it, that whatever it is that we espy has a particular message for us at that time, on that day, for that point in our lives. And, if only we understood the secret language of nature then we may begin to understand just a little of what the natural world around us is trying to communicate to us all the time. And yet, can we even dare begin to believe that the natural world is in fact an ally despite all we’ve learnt, all we’ve been told, about nature being aggressive, hostile, brutal, willing to fight tooth and claw to put us down in a bid for survival of the fittest?

Is there no place for hope from the world in our present lives? Is there no room to believe that at least some aspects of nature are trying to help us navigate through our daily lives, sending subliminal messages to show which way we should turn next, helping us make the choices we need to make as we each move forward on our life path?

I would say a definite and defiant yeah to all of that! When I think of how many times I’ve been lost in the forests and ended up following butterflies to guide me out. Or when I’ve come across a wolf or bear in the mountains and we have simply looked at each other before turning away and continued walking our own separate paths. Or when I’ve been woken up in the early hours of a summer’s morning by wild boar snuffling through the contents of my rucksack and how they sheepishly (?) looked at me and squealed before moving on.

It’s not actually that difficult to hear what the natural world is saying when we let ourselves re-become a part of it. It’s not difficult to slow down, just breathe and listen to what our bodies are saying (getting outside of the incessant mind chatter in our minds), even for just a few minutes. As we allow ourselves to slow down and take notice of what is happening around us in our natural environment, we begin to notice so many things – signals - that stand out, grab our attention, nay, demand that we take notice. And the more we do this, the more these things happen until the frequency becomes such that we can no longer pretend that it’s mere coincidence. We can no longer simply ignore what we see, what we hear or what we feel. 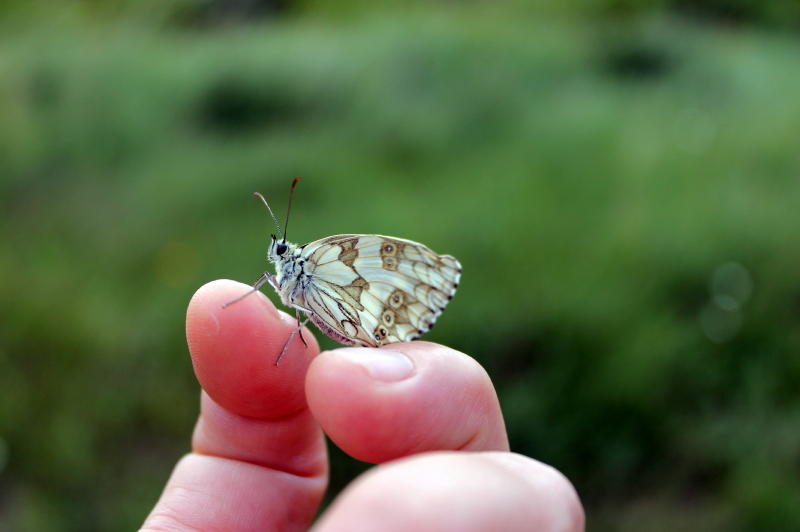 How many times, have you been walking in a park and a butterfly skimmed past you, brushing against your arm or dancing before your eyes? What were you thinking at that precise moment that it happened? Is there some form of transformative change going on in your life or have you been thinking about making one? Maybe nature is nudging you, helping you move forward, guide you in your decision-making.

What about the buzzards that keep circling and keening overhead every time you step out the front door? Or, better still, when you’re walking along a quiet path and, for some unknown reason, you feel compelled to turn and look up at the sky behind you, and you see there a solitary buzzard circling, watching, waiting, and you just know that he’s observing you. Is he telling you that he’s looking out for you? Or does he simply want to reassure you with his presence and protection? What were you thinking just before you saw him? It may be a clue or a hint on how to proceed in life. 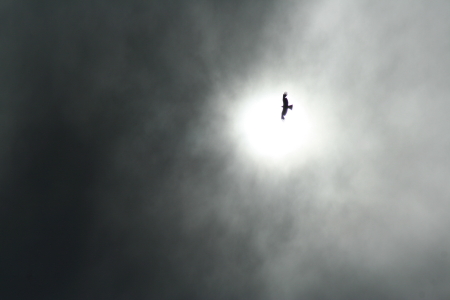 How many times have we ever felt down, a bit blue because of something that’s happened, and so we go for a short walk to clear our head? And just a few minutes later, a bird sings and we catch ourselves smiling or we see a humble, yellow dandelion and the colour alone lightens our mood so that we feel perkier, lighter or less troubled?

There’s one thing I’ve become sure of over these past years of spending less time in crowded towns and more time outdoors in the bountiful richness of the natural world: nature is communicating with us whether we recognise and appreciate it or not. The precise moment, mood and circumstances may well dictate how and what we receive in any communicated message, but the world is talking to us. We humans are still part of nature no matter how far we have separated ourselves from our true essence over the centuries. We can keep pretending that we’re not animals in this world, but our actions speak louder than our pontificating: as nature can attest.

Regardless of whether the natural world is sending us a simple, straight-forward message or whether what we see in the outer world is actually a reflection of whatever is going on in our inner world, nature is reflecting, reminding us of our true essence, patiently asking us to humbly get up and really start to see. 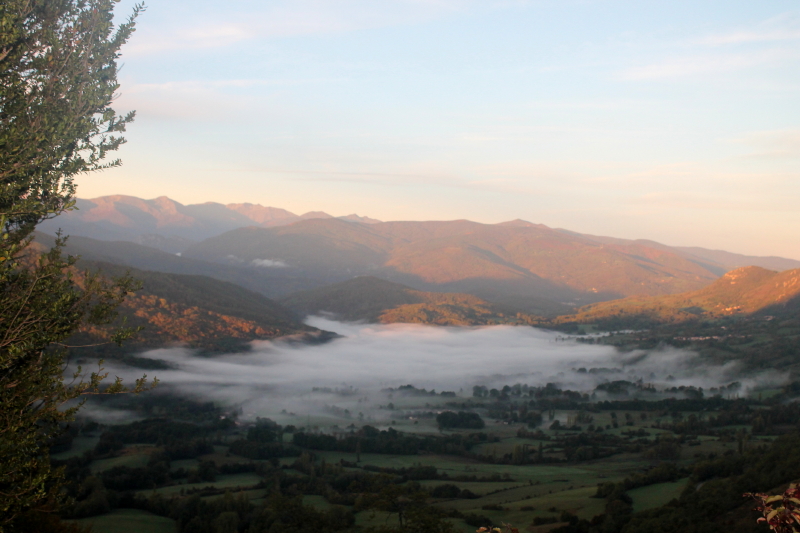